Custom Signs To Display In Your Tailgating Area

If you're an enthusiastic college football fan who looks forward to tailgating with a group of your family members and friends before each home game, there are numerous things that you'll do to decorate your space. In addition to putting up a tailgating tent in your team's colors adjacent to your vehicle, you might also hang a flag with your team's name and logo and use various decorations to make your space visually appealing. You might not immediately associate custom signs with tailgating, but a little creativity — and a conversation with your local sign company — can lead to several fun signs that you can display at future games. Here are three custom sign ideas for your tailgating area.

Some football enthusiasts name their tailgating groups, especially if the group has gathered for several consecutive years. If you've come up with a name, you might wish to have your sign company design a sign that proudly displays the name. Whether it's a simple name such as your surname, or a creative name that reflects your love of the team, a sign that shares this information and has a welcoming message can be fun — for example, "Welcome To Smith's Fans." You may also wish to have the sign feature the year that you began tailgating — for example, "Est. 1998."

There are few parts of a tailgating gathering that are as exciting as the food. People put considerable time, effort, and expense to come up with tantalizing choices for their group to enjoy. If you pride yourself on preparing the same menu at every home game during the season, think about having your custom sign company produce a sign that depicts the menu. In addition to getting your peers excited, this will also be useful for new arrivals because you won't have to constantly explain what you have available.

Another way that you can bring smiles to the faces of your tailgating group is to compile a list of funny rules that your sign company can print on a sign. Get as creative as you'd like with this idea, and don't hesitate to ask for suggestions from your group members. For example, you might one rule that makes it illegal to fraternize with fans who are dressed in the opposing team's colors, or you might have a rule that prohibits tailgate attendees from constantly asking when a certain type of food will be ready. 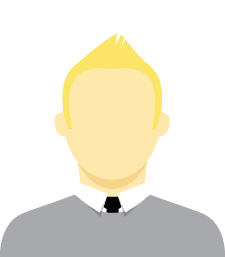 After I opened up my own business, I realized that getting customers to frequent my shop was going to be more difficult than I originally anticipated. We really struggled the first few months to attract new clients, so I decided that it might be smart to pay for better outdoor signs. We worked with a graphic designer who was able to take our vision and translate it into gorgeous signs, and it really made a huge difference. Within about a month, we had experienced a great deal of growth, and customers didn't have as hard of a time finding our store. This blog is all about investing in the right signs.